Sebring, Florida, February 23 - 27, 2022   The first sportscar race at Sebring was held in 1950.  MGs were on the track competing.  MGs raced every 12-hour enduro race at Sebring for decades.  Much of the MG post-war racing history was created at the Sebring International Raceway.  Partly to experience the history, and to become part of that history, the crew chose to make the first race for the MGTF the SVRA race at Sebring.  And, in part, because the first sports car race that Glen attended was the 1959 12 Hours of Sebring.

But first, a part of the story of the race track must be shared. 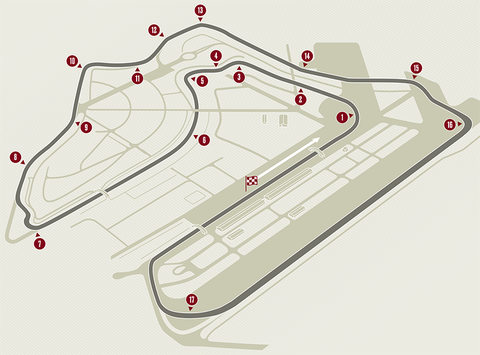 Hendricks Army Airfield was built in 1941 to train pilots of heavy bombers. such as the B-17, to serve in WWII.  After the war, Alec Ulmann, a sports car racing enthusiast who was involved in rebuilding military airplanes for civilian use, saw the airport runways as a perfect place to stage a race.  The first race, in 1950, was named the Collier Memorial Race in memory of MG racer Sam Collier.  The original track layout was 5.2 miles long.  The growing needs of the current airport and industrial complex have shrunk the track to 3.75 miles long, a challenging, technical course with 17 turns.  Some of the racecourse is the original 1941 concrete and is rough, tossing the cars around.
Interested in taking a lap around the track?  Jim Pace, who was a highly regarded racer and race instructor,
provides that opportunity through a YouTube Video.  A Lap at Sebring 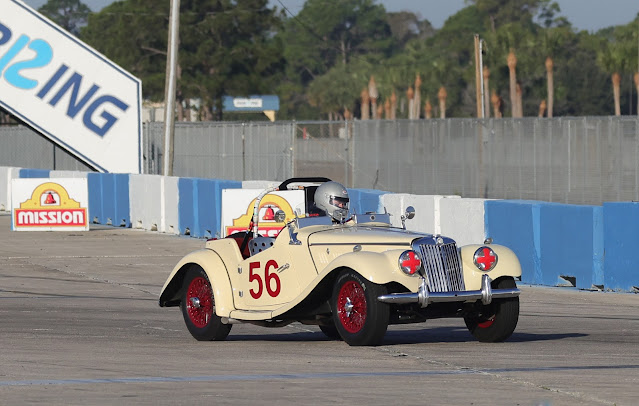 SVRA is the acronym for the Sportscar Vintage Racing Association.  SVRA organized their first race in 1978 as a support race for the 12 Hours of Sebring and has been holding races every year since.  In 2022, SVRA will have 19 races, from Florida to Washington State.  https://svra.com/   The Vintage racecar that the crew has chosen to campaign this year is a 1955 MGTF.  Well over 200 cars were entered in a variety of classes and different groups.  Our MG was the oldest car and, therefore, the most vintage racecar at Sebring.  The detailed description of the car would best be accomplished in a separate post and that may be done in the future.  This image shows the car on the pit straight just past the walkover bridge. 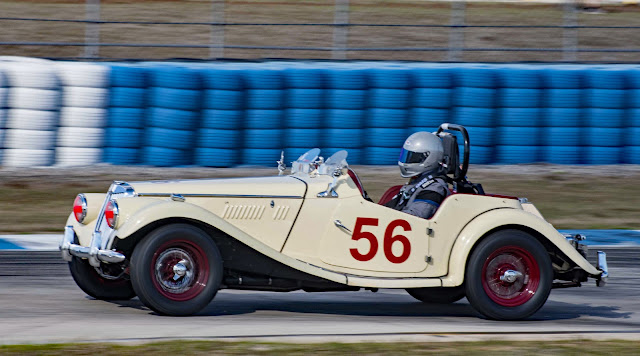 The Sebring race schedule had competitors arriving on Wednesday to get in long lines to register, then wait for the slow process of moving the race cars and trailers into the paddock.  Thursday had practice sessions scheduled, three for each race group.  Friday had a practice session and a qualifying session to set the starting order of the first race.  Two races were run for each race group, one on Saturday and one on Sunday.  A long weekend and a lot of track time.  This image is of the TF in race #1 on Saturday.  Fellow MG owner, George Butz, captured this shot. 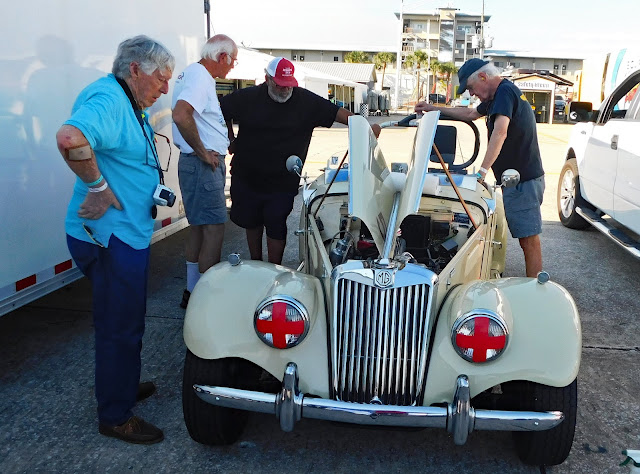 All of the action at the races doesn't happen on the race track.  The paddock, where the cars, trailers, and crews are located, is always active with work on the cars.  Changing race setup to reduce lap times and effecting repairs keeps all the crew busy.  In this image, the crew looks contemplative, considering the next step.  Geoff Ashcroft, the driver, Tony Cassata, and Dave Burrows are pictured here.  Geoff, Tony, and Dave, all good friends, came to Sebring to aid in the maintenance of the race car.  This image could be one used in a caption contest. 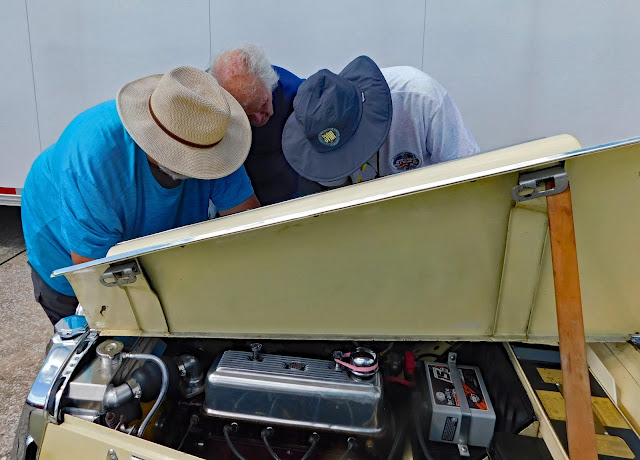 Another photo of the crew appropriate for a caption contest.  Three heads are better than one?  Brain Trust?  Tony Cassata, Dave Burrows, and the driver study a broken throttle linkage shaft and consider repair possibilities knowing that a new part is not available.  A fix was determined, changes made, working correctly for the rest of the weekend.  A true repair will be made after the car returns home. 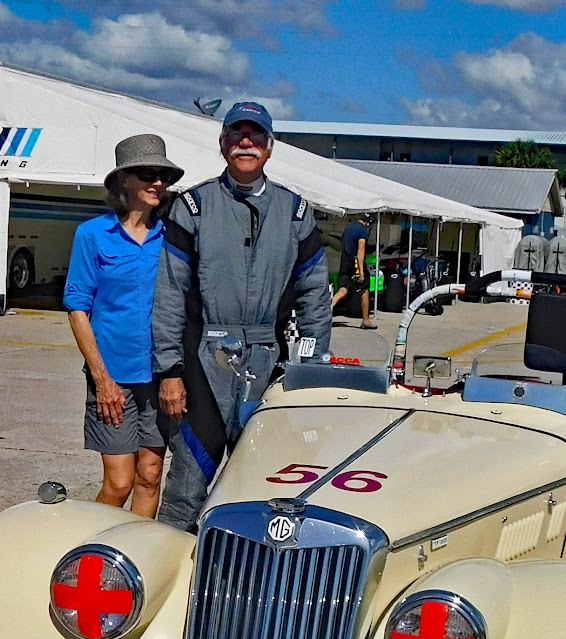 Sebring proved to be an enjoyable race and a true shake-down for the car before a journey north to experience some favorite race tracks with long histories of MGs racing.  Many thanks to all who helped with the car during the weekend.  A true adventure among classic and fast cars.  Now, the Moore MG is a part of MG Sebring history. 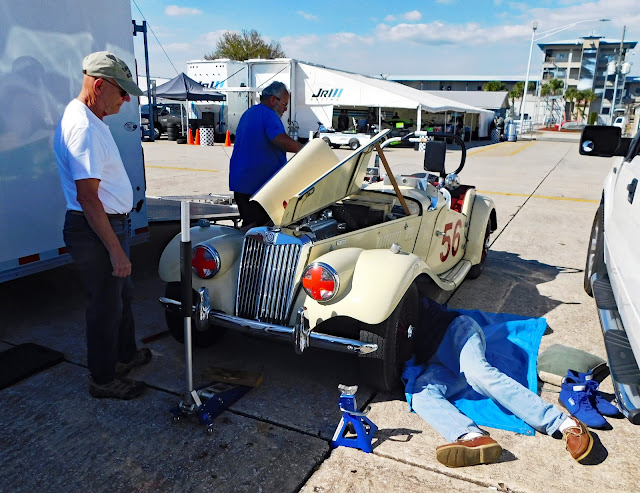 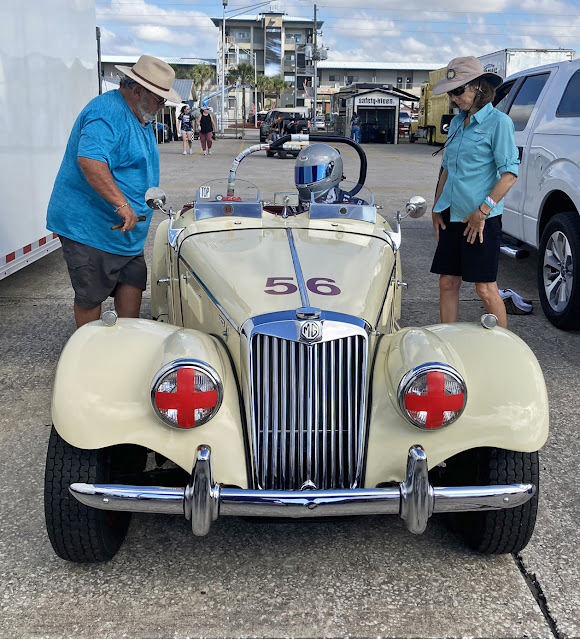 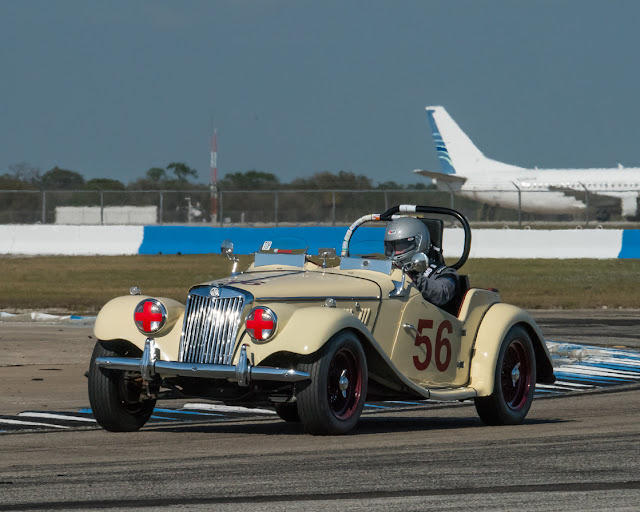 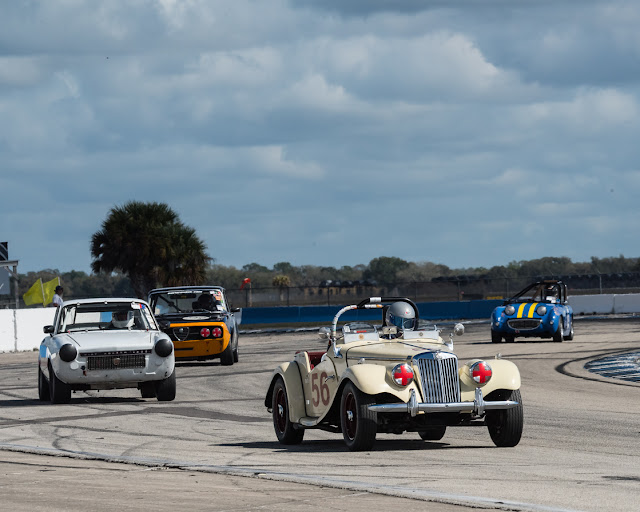 MG Classics in the Garage 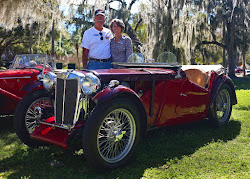 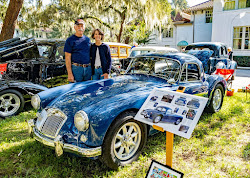 This blog is focused on sharing photos of interesting classic and road racing cars. The blog format does not allow for large photos providing detail. By clicking on a photo, a larger image will appear with a line of all photos in the post below. Then, by clicking on the photos in the line will provide views of the images in a much larger format.

Adventures on the water have also been documented through blogs, with photos and descriptions of interesting places along America's Great Loop. Click on the links below to access those photos.
Loop Two
Loop One